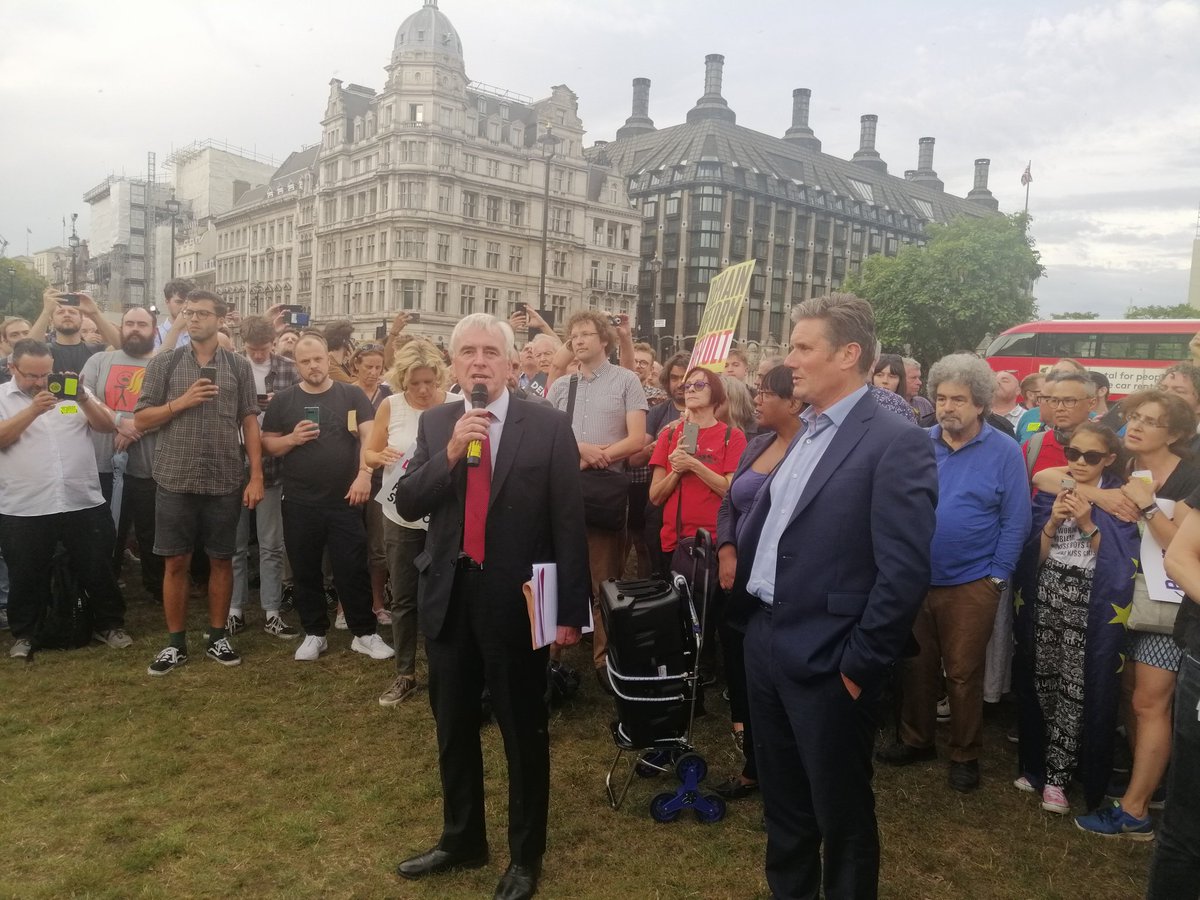 Above: it’s all their fault?

Johnson’s coup is all the fault of the anti-Brexit MPs, according to the Morning Star‘s editorial today:

It comes in circumstances that have been created by anti-Brexit MPs and the House of Commons. They have had three years to agree a way to honour the people’s vote to leave the EU. Moreover, the vast majority of those MPs were elected on pledges to do just that.

Instead, they have tried every parliamentary trick in the book – in this case Erskine May’s Parliamentary Practice – to block and delay any kind of exit from the EU. Moreover, the vast majority of of those MP’s were elected on pledges to do just that. Their wealthy supporters outside parliament have tried using the courts and launching public campaigns to the same end.

Now Johnson has decided to take them on with a trick or two of his own.

Had more MPs been honest about their full intention, their own protestations about prorogation being a “constitutional outrage” might at least have the ring of sincerity. As it is, they are the squawkings of a bunch of unscrupulous plotters who are now being played at their own disreputable game.

Am I alone in detecting more than a hint of admiration for Johnson and his “trick or two” against anti-Brexit MP’s in the M Star‘s comment?

Believe it or not, the M Star claims to be opposed to prorogation (it could – in theory – be used “to impose reactionary policies”) and to want Johnson removed by means of a general election. But that election should result in “a government committed to a radical socialist agenda [that requires] our release from the straightjacket of the anti-democratic EU…”

So would the M Star actually call for a Labour vote, given the party’s present position on Brexit and a second referendum? Or would it (as it did in the European Parliamentary elections) advocate abstention?

Interesting, too, to note that the paper that denounces anti-Brexit MPs for dishonesty, fails to mention the fact that – in line with its political masters of the CPB – it supports a no-deal Brexit on WTO terms.

Surely it’s time for Unite and other unions that oppose no-deal, to stop wasting their members’ dues on subsidising this reactionary rag