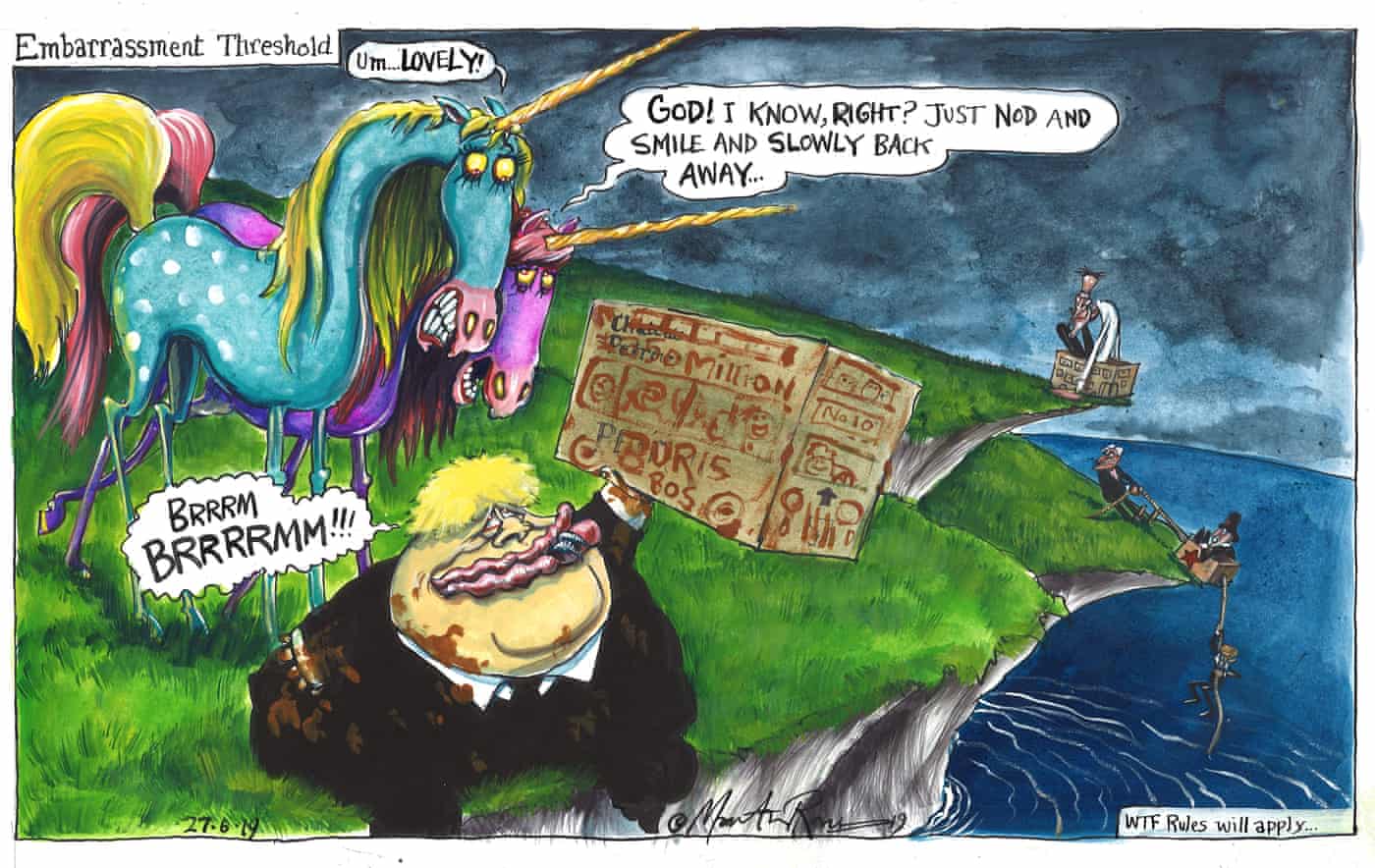 James Forsyth writes in the Spectator: “An election on the first day of a no-deal Brexit is risky for Johnson […] Whatever disruption there was at the borders would be on TV screens as voters went to the polls. Others would question if it was right for the government to delay the vote until straight after such a nation-defining moment, and the pound would be sinking.

“Few things are certain right now, and no one could be confident in predicting how an autumn general election would unfold. But that is where we appear to be heading.”

The Charlatan-Prime Minister and his svengali Cummings, are preparing for a vote of no confidence in their government as soon as MPs return from the summer break in September.

But a no confidence vote does not mean, as would have been the case before the Fixed-term Parliaments Act, an immediate dissolution.

Cummings has instructed Johnson not to step down if he loses the vote, and instead set a general election date for after Brexit day.

The election would be called following the closure of the 14-day window required in order to see if a new government can be cobbled together (which, despite all the talk of a “national government”, won’t happen).

Under the Fixed-term Parliaments Act it is for the prime minister to recommend a suitable election date to the Queen. Only when he has done so is the date of dissolution determined. Were Johnson and Cummings to delay the election date beyond 31 October they would be accused of acting unconstitutionally, but it would not be unlawful.
This would allow them to force through a no-deal Brexit while Parliament is suspended for a general election.

The general election would inevitably take on the character of a second referendum.
Anti-no deal forces would have to decide whether they now wanted to go back into the EU, which Johnson/Cummings hope will seem like a more extreme position once the UK has actually left, or simply reopen negotiations as soon as possible.

Johnson/Cummings calculate (probably rightly) that such an election would cause massive problems for Jeremy Corbyn and his increasingly untenable ambiguity on Brexit.

So the answer for Labour is inescapable: “constructive ambiguity” has to be ditched once and for all. Labour must campaign on the basis of overturning the undemocratic no-deal crash-out and advocate returning to the EU, after which there will be a further referendum on membership in which they will advocate Remain and Reform.

That will take the kind of guts and principle that Corbyn and his people have conspicuously failed to demonstrate so far when it comes to Brexit. But there really is no alternative: the scenario described above will make or break Corbyn.