Above: Trump and Stone: planning a coup? By Barrie Hardy On 13 September, one of Donald Trump’s political dirty tricksters, Roger Stone, signposted a Trumpian future. Though convicted, Stone has avoided prison thanks to a presidential pardon. To pay back the favour, he has suggested that should Trump lose the 3 November election, he should … END_OF_DOCUMENT_TOKEN_TO_BE_REPLACED

* Previously posted at Harry's Place: One of the unpleasant duties of a journalist covering Hungarian affairs is to review pro-government newspapers. This is not an edifying task. Nowadays many of them refer to the “Jewish World Conspiracy” allegedly inspired by George Soros. A few days ago, I picked up the weekly “Pesti srácok” and … END_OF_DOCUMENT_TOKEN_TO_BE_REPLACED

A lot of decent, anti-racist people have difficulty distinguishing between legitimate criticism of Israel and/or concern about the influence of conservative ("Zionist") Jewish organisations on UK politics, and antisemitism - especially when it comes in a leftist guise. So let's get a few things clear: by ‘left-wing antisemitism’ we emphatically do not mean political criticism … END_OF_DOCUMENT_TOKEN_TO_BE_REPLACED

From Tendance Coatesy By Andrew Coates Kate Hoey and Claire Fox in the House of Lords: Two Old Marxist Comrades Take the Ermine. Bless You Your Ladyships! Claire Fox and Kate Hoey amongst Brexiteers to receive peerages Kate Hoey (who claims to have been in the International Marxist Group) and Claire Fox (who definitely was a … END_OF_DOCUMENT_TOKEN_TO_BE_REPLACED

Above: Ana Oppenheim with mural of Rosa Luxemburg . Andrzej Duda of the radical right Law and Justice party has been re-elected as Poland’s president, defeating the liberal conservative opposition’s candidate Rafał Trzaskowski 51%-49% in the second round. Ana Oppenheim spoke to Sacha Ismail about the election and struggles in Poland. Ana is a Polish-born … END_OF_DOCUMENT_TOKEN_TO_BE_REPLACED

From Nick Lowles of Hope Not Hate (yesterday): https://www.hopenothate.org.uk/2020/07/26/100-days-and-counting/ The next 100 days in the lead-up to the US Presidential elections are going to be unpredictable and volatile, warns Nick Lowles. In exactly 100 days Americans go to the polls to choose their next President. The outcome will have huge political, economic and cultural consequences … END_OF_DOCUMENT_TOKEN_TO_BE_REPLACED 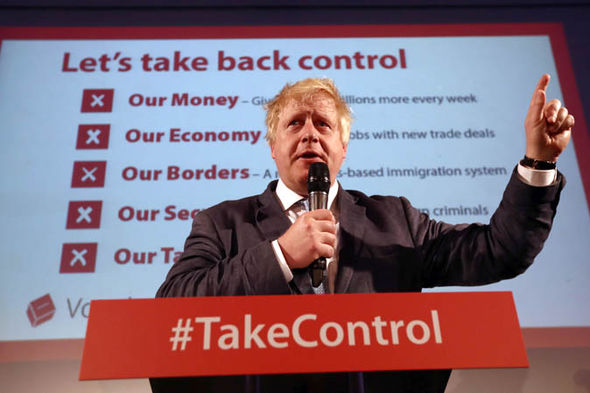 During the EU Referendum those who backed Leave talked of “taking back control”.

There were those on the left who denounced the EU as a “capitalist club”. They wanted a “People’s Brexit”, a ‘Left’ Brexit.

The former Labour MP Ronnie Campbell spoke for his camp when he said he wanted to “take back control of UK laws, taxes, budgets, and public spending”.

For the alliance of Blue Labour, the Communist Party of Britain, Labour Lexiteers, members, and supporters, of the Brexit Party, The Full Brexit, the phrase  gave voice to a “popular revolt against the status quo”.

“The Leave campaign’s slogan, “take back control”, resonated with millions of people whose interests are no longer represented in British politics.” Brexit, and the restoration of National Sovereignty, gave the UK the “opportunity to reshape Britain for the better”.

After the result the Lexit (pro-Brexit…

By Dave K Noting that Labour lost “types of voters everywhere compared with 2017, except in London”, the review declares that the party “must change how we campaign and reset our relationship with the public”. The report notes that Labour “lost support on all sides” in 2019 – around 1.7 million Leave voters and around … END_OF_DOCUMENT_TOKEN_TO_BE_REPLACED

Above: Mirza with her pal Johnson when he was Mayor of London [Getty Images]  Munira Mirza, appointed as leading figure in Johnson's hastily-announced commission on "racial inequalities" has a record of criticising past inquiries into racism and opposing the concept of institutional racism. She has argued that "it seems that a lot of people in … END_OF_DOCUMENT_TOKEN_TO_BE_REPLACED

Above: Farage's extraordinary performance on Good Morning Britain  By Dave K The Backlash has begun. The British far right has in a few days thrown over their 20-year strategy of trying to play down their anti-black racism. They'd focused their fire on Muslims and Eastern European migrants, using slogans that focused on identity or Christian … END_OF_DOCUMENT_TOKEN_TO_BE_REPLACED