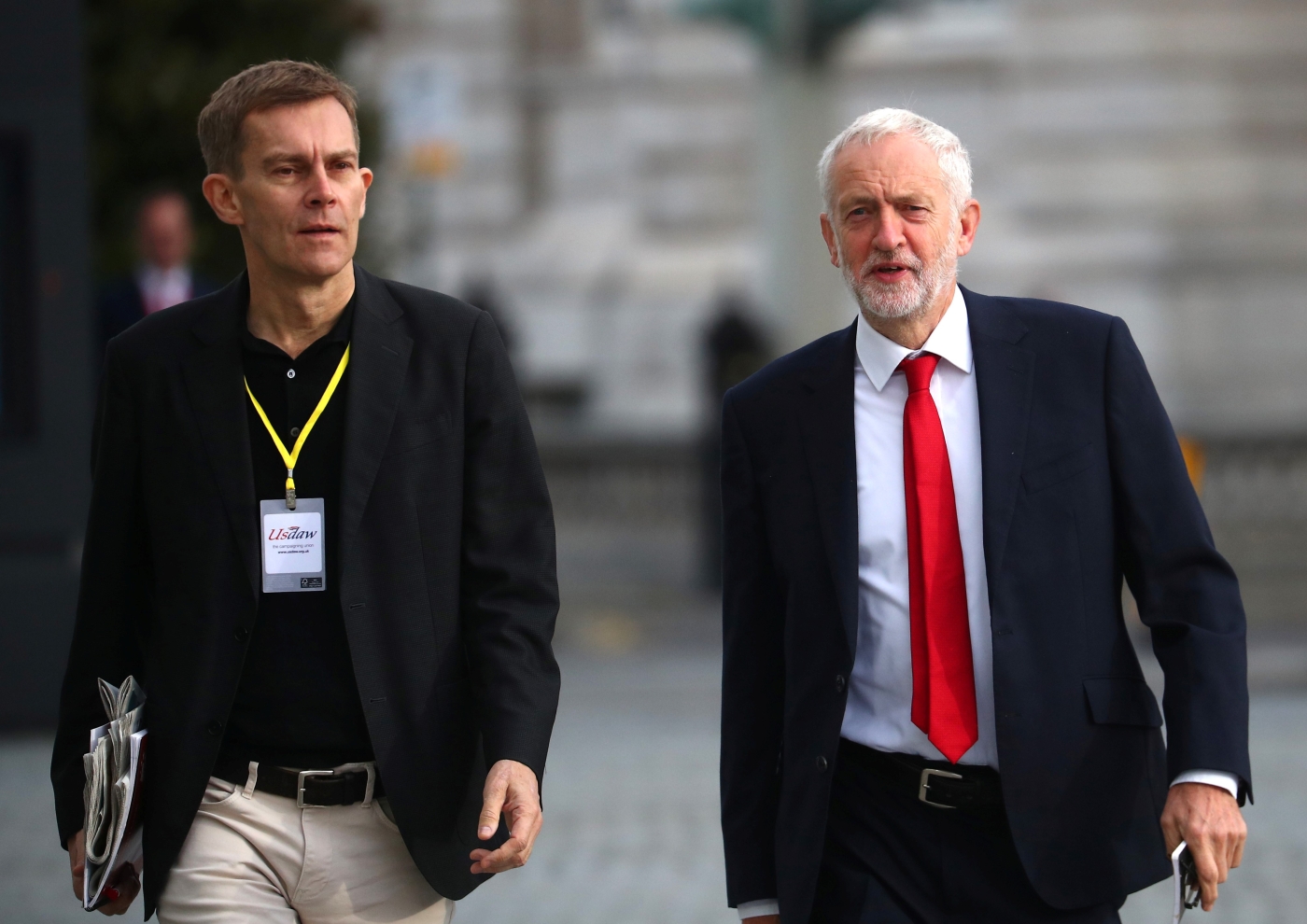 Revelations in yesterday’s Sunday Times of splits over Europe and the forthcoming BBC Panorama programme on antisemitism within the party, may or may not be part of an orchestrated campaign by disgruntled former Labour staffers and political opponents in the right wing media. The trouble is that even if they are, much of what is being said is demonstrably true.

Jeremy Corbyn’s victory as Labour leader in 2015 promised the possibility of a left Labour Party which would in government renationalise rail, gas and electricity, restore union rights and tax the rich. In the aftermath of the 2008 crisis and years of Tory austerity, that looked attractive to many tens of thousands of people who had never been active on the left before. Labour’s membership surged and the membership was optimistic. The Party’s right wing was on the back foot.

Now all that is in jeopardy. The opportunity to re-shape Labour politically and open-up its structures democratically is in danger.

The Tories are chronically divided along the ideological line — pro or anti-Europe —that has split them for decades. Now, with Boris Johnson poised to take over as party leader and Prime Minister they may even fracture on the issue, and remake themselves, possibly in alliance with Farage, as a more nativist, nationalist and racist outfit.

And still Labour is behind in the opinion polls. Corbyn’s personal ratings, in particular, are terrible.

First is the crisis of antisemitism in the Party. That scandal is a direct result of Corbyn’s victory. Many of Corbyn’s older supporters carry this virus.

Young Labour still scarcely exists as an organised entity, and most of Corbyn’s younger supporters have not become organised in the Labour Party (and, reportedly, many have left in disillusionment over the party’s Brexit equivocation).

In many areas the Labour Party has become dominated by older “Rejoiners”.

Some of those Rejoiners had been Labour members in the 1980s or 90s and, disgusted by Blair and the Iraq war, had left. Some had been in left-wing organisations, “Communist” (Stalinist) or the would-be Trotskyist left, or fellow-travellers, in the 70s and 80s.

These reinvigorated leftists joined, or rejoined, or stepped up activity after years of only being paper members of the Labour Party, with their own political baggage. Often the depressing effect of the labour movement’s retreat had eroded their concepts of class struggle and socialist revolution, but they retained quirks and sect-badges from their pasts as symbols of what they thought to be leftism. Certainly they remembered their opposition to European unity.

And they remembered the hatred of Israel and “Zionists” which they learned as members of the SWP, Stop The War and/or Stalinist groups, or less-directly from working in a movement whose ideas on “Zionism” were dominated by the “common sense” view of the objectively antisemitic left on the question. The mid-1980s were the era when many students thought it “left-wing” to ban campus Jewish Societies.

Corbyn makes matters worse by going along part-way with this current. He has called Hamas “friends” and for a while defended a clearly antisemitic mural in London’s East End. And then we have Corbyn’s misleadership on the EU. Party members and voters would welcome a second vote. The majority, rightly, wants a Party that fights against Brexit and for Remain. If we don’t get that, or worse, if Labour positively helps May to deliver Brexit, then Corbyn’s movement risks demoralisation, confusion and even dispersal.

Corbyn’s mistakes on the questions of Europe and antisemitism are not isolated. They are connected. These ideas come from a coherent world view, consistently held and propagated by some of Corbyn’s closest advisers, the hard-line Stalinists Seamus Milne and Andrew Murray.

Central to their beliefs is the idea that any damage to the West and Western capitalism is positive for us, the left. The European bloc should be broken up. The opponents of the US and its allies should be supported no matter who they are or what the issue is in conflict between them and the US. The Stalinist world-view incorporates the attitudes to Israel generated from Soviet foreign policy and decades of official antisemitic campaigning in the USSR and Eastern Europe.

It is a perverse fact that Corbyn’s victory has also led to the revival of a strain of Stalinism which is now influencing and misleading some of the newer, younger disciples of Corbyn.

We must sound the alarm and to offer an alternative. Socialism is international and rooted in working-class self-activity. It is the opposite of the politics of pandering to nationalism, evasion and manipulation we currently see in the Labour leadership’s pro-Brexit policy.

8 thoughts on “Behind Labour’s Brexit and antisemitism problems”