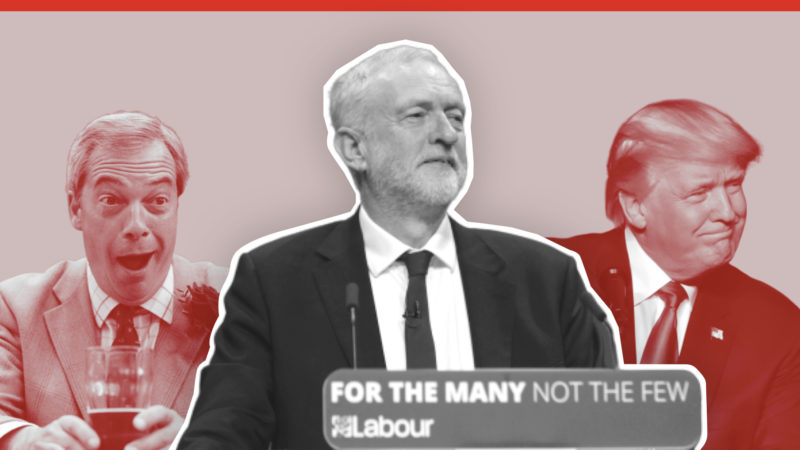 By Sabrina Huck at LabourList

The last week has been another painful one for Labour activists as once more a row over the party’s handling of antisemitism erupted. Labour’s national executive committee (NEC) panel initially decided against referring Chris Williamson’s case to the national constitutional committee (NCC) and instead lifted his suspension from the Labour Party. Following backlash from across the party, the whip is now not restored after all and the decision on his case is “still pending”.

This goes beyond Williamson. Several Labour-related social media groups still contain antisemitic material, often linked to conspiracies about Jews controlling the media or financial institutions – “the socialism of fools”, as August Bebel described it. Despite efforts to tackle antisemitism through political education, from the Jewish Labour Movement’s antisemitism training to Momentum’s video explaining antisemitic conspiracy theories, it seems that a vocal group of self-proclaimed supporters of the left have continued to target Jewish activists and those who speak out against antisemitism. Critics of the party’s handling of the issue are accused of undermining the left and falling for the tricks of the right who seek to challenge Jeremy Corbyn’s leadership.

To understand why antisemitic conspiracy theories have gained such traction in some sections of the left, we must recognise that anti-Jewish racism is unique compared to other forms of racism in that it links Jewish people to the (financial) elite. It makes the oppressed the oppressor.

A recent example of how antisemitism manifests itself on the left was the “Soros money” trope hurled at Another Europe is Possible campaigners by some Brexit-supporting Labour Party activists on social media. AEIP has received a grant from the Open Society Foundation, which is funded by Jewish liberal philanthropist George Soros. Soros has given money to various political causes over the years.

It is significant that Labour members engaged in the Soros money trope because it is a slur regularly used by the far right. It is well-known that Hungary’s authoritarian leader Viktor Orbán has run a long antisemitic campaign against Soros, culminating in election posters in 2017 that hinted he was a puppet master pulling strings behind the scenes. This makes it difficult to argue that the use of the trope was an honest mistake.

The use of the trope on the UK left prompts the question: can ‘anti-establishment’ politics truly be effective in advancing socialism when not backed up by strong anti-capitalist politics? Our critique of the current system cannot be limited to Labour’s “for the many, not the few” slogan, which pits the ordinary person against an amorphous elite.

Who the elite is, how they sustain themselves and what institutions exist to protect their powers are central to understanding the impact of capitalism on our society today. If the left does not provide those details, reactionary forces will take the lead amid rising popular discontent with the current order.

Over the years, we have seen trust in our governing structures, politicians and media decline. This is a moment that could be grasped by the left or the right. In the United States, it gave way to Trump’s presidency. Here in the UK, Brexit campaigners have fed off anti-establishment feeling and linked social problems – many of them the legacy of Thatcher and deepened by austerity – to the European Union. They argue that so-called ‘liberal elites’ are protecting their interests through remaining in the EU and that Remain campaigners are undermining the will of ordinary people who want to leave the EU.

In the context of Brexit, figures like Nigel Farage have successfully painted themselves as the leaders of the anti-establishment, anti-elite movement in this country. Their policies are neoliberal – low taxes, privatisation and deregulation – and fuelled by xenophobia and racism. Their language is anti-establishment, but they are not anti-capitalist.

Labour’s response is to emphasise that right-wing figures like Farage cannot represent “the many” and only a Labour government can. But why? Have we done enough to connect the dots between this narrative and the political philosophy that underpins socialism, or have we created a critique of the establishment without enough political substance, leaving the door wide open for the far right to step through? There is dangerous precedent for the far-right appropriating the causes of the radical left. So-called Querfront groups adopt the tactics and the language of the left whilst pushing their right-wing ideology, dressed up in an anti-establishment narrative.

Some of the most extreme examples of the Querfront strategy are found in Germany. Neo-Nazi groups like the Autonomous Nationalists have targeted the left scene by adopting specific left-wing culture signifiers. They even participate in the left’s political spaces, including the ’black bloc’ of anti-capitalist demos and anti-war marches. Their recruitment practices specifically target the young and subcultures. They claim to be revolutionaries who identify capitalism as the root cause of society’s problems. But they say capitalism cannot be reformed and instead advocate a new system rooted in freedom, justice and the nation – while promoting racist, antisemitic, nationalist ideology.

Querfront tactics have found their way into the political mainstream through groups like the Islamophobic Pegida and the populist right Alternative fur Deutschland (AfD). Both rally against the establishment elites and the mainstream media, specifically targeting the ‘left behind’ working class for votes. But scratch below the surface and you’ll see that the AfD manifesto aims fire at migrants, women, LGBT people and advances neoliberal policies on taxation, benefitting the rich.

The anti-establishment, pro-capitalist politics of Brexit are probably the closest Britain has to this at the moment. But more obvious ‘red-brown’ alliances could be formed. An example of this is Spiked, the publication edited by Brendan O’Neill that grew out of the Revolutionary Communist Party’s magazine Living Marxism. Its contributors regularly appear on media platforms claiming to represent the left whilst banging the drum for reactionary politics in their columns.

British socialists must be vigilant – or the tolerance of antisemitic conspiracy theories could open the floodgates to yet more dark forces. Remember that Gordon Brown’s ‘British jobs for British workers’ conference speech in 2007 found its way on the placards of striking workers at the Lindsay Total refinery. The BNP used that opportunity and turned up to recruit workers. Thankfully, workers chased the BNP away, but it shows the dangers that exist when we triangulate – and Brexit today is fuelled by similar sentiments.

Self-styled anti-capitalist, anti-establishment right-wing populists must be exposed for their neoliberal politics. And Labour must ensure people understand that anti-capitalism is more than criticism of the elites. Concerns over the current approach cannot be brushed aside, or the left risks losing the ideological battle and not realising until it is too late.

Sabrina Huck is a Labour activist involved with the Labour Campaign for Free Movement. She is co-chair of Momentum Wandsworth.